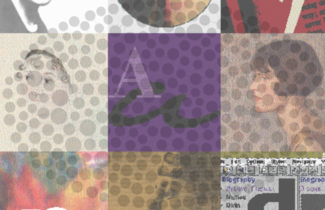 A Linked Open Dataset based on The Orlando Project's textbase is being released in conjunction with the WestGrid Visualize This! competition as one of two featured datasets.

The dataset represents women’s literary history from the beginnings to the present, concentrated on writing in English in the British Isles but with links to other languages, literary traditions, and parts of the world. It emerges from the ongoing experiments in literary history being conducted by The Orlando Project, whose textbase is published and regularly updated and augmented as Orlando: Women’s Writing in the British Isles from the Beginnings to the Present by Cambridge University Press since 2006, and from the Canadian Writing Research Collaboratory’s work in linked data as a means of enabling digital scholarship and collaboration in the humanities.

The Orlando British Women’s Writing Dataset Release 1: Biography and Bibliography represents, through more than three million linked data assertions or triples, much of the biographical matter and all of the bibliographical records in Orlando, linking its assertions to their crucial contexts in the discursive prose of the published textbase. The dataset is structured by the Canadian Writing Research Collaboratory's linked data ontologies as well as a number of external ontologies and authorities, including the Web Annotation Data Model, BIBFRAME, Getty Vocabularies, and Geonames. It is a work in progress which will be expanded and refined with subsequent releases, and vastly enriched by the extraction of materials associated with writers' careers and works. The dataset has a CC-BY-NC license.

VisualizeThis! is an annual Canada-wide competition run by Westgrid, a regional partner of Compute Canada. The competition aims to celebrate the innovative ways visualization can help researchers explore datasets and answer important scientific questions. See the profile of the Orlando dataset and a sample visualization of some genre data. The competition runs from Oct. 1 to Nov. 30th, 2018 and is open to anyone with a Compute Canada account, regardless of affiliation or nationality. We are excited to see the results!