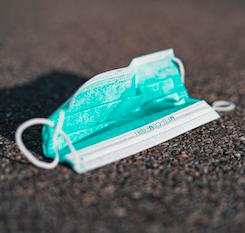 The MLB's Response to the COVID-19 Pandemic

The MLB had a unique situation to overcome for the 2020 baseball season. Unlike other prominent North American leagues such as the NHL and the NBA, the MLB was in the early stages of its 2020 season when the shutdown began. As of March 13th, 2020, the MLB had announced the suspension of the Spring Training. The following page will examine the specific challenges the MLB had to overcome in suspending 2020, starting the season, and challenges during the season.

The Suspension of the Season

The 2020 MLB season came to a screeching halt on March 12, 2020, when the MLB announced the spring training camp games' cancellation and pushed back the 2020 MLB season's start date back by two weeks. This decision came after other popular leagues like the NHL and the NBA announced their season's closer. With the league well into training camp and days away from the start of the season, the season's suspension could not have come at a more inconvenient time. No more than a day later, on March 13, 2020, the MLB would announce the 2020 training camp suspension. All teams were allowed to take a team vote on how they would handle the closure. Each team's options: return home, remain near training camp in Arizona or Florida or return to the team's home city. The New York Yankees voted unanimously to stay at the team's facility in Tampa Bay, Florida. The Yankees union representative stated: "We have a shot at a World Series title," "We want to be prepared to seize that opportunity. Guys aren't panicking about this thing. We understand that it's serious, but the Yankees have a ton of resources in the area. We feel like this is a good place for us to be." The image is that of the Yankees training facility in Florida, during the suspension of training camp. 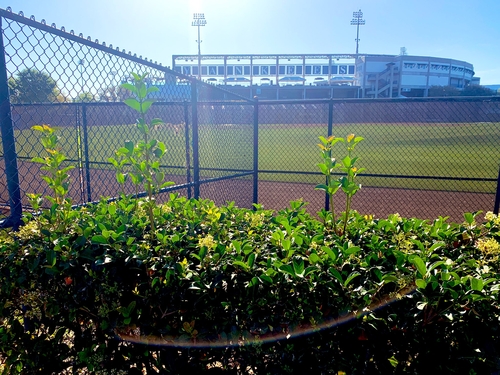 The following video comes from Tampa Bay Rays pitcher Blake Snell. During a Livestream on Twitch, Blake Snell shared his disapproval of playing a 2020 season with a significant pay cut. This shocked the baseball world to its core. The video illustrates the frustration players had throughout the league-wide shutdown process, with players already experiencing financial instability within the league, as shown through the Minor League financially struggling and shortened draft format of 40 rounds down to 5. Players were faced with the genuine possibility of playing a season for less money. The video is valuable because it expresses players' opinions that some may have been nervous to say. Concerns around COVID-19 deeply impacted players in the MLB, with other players such as Ryan Zimmerman, Joe Ross being among the first to opt-out of the season because of concerns with COVID-19.

Video of Blake Snell's rant about the possibilities of

playing a season with a pay cut, and the dangers of CoronaVirus.

With teams like the Miami Marlins and the Tampa Bay Rays being the first organizations to open its facilities to certain players for individuals since May 20, the season's re-start seemed inevitable. After months of negotiations between the MLB and MLBPA, the commissioner Rob Manfred imposes a 60-game 2020 season. With the league set to start, other operational issues had to be answered. One of the most extensive questions that needed to be answered was where the Toronto Blue Jays would play home games. After being allowed re-entry into Canada by the government. The organization had to begin negotiations to either continue to play in Toronto or find a new home. The team reached out to teams in Buffalo and Pittsburgh. After being denied access to play by the Canadian government, the Toronto Blue Jays selected Sahlen Field in Buffalo, New York. The image is that of the converted stadium, to appear as the home of the Toronto Blue Jays. 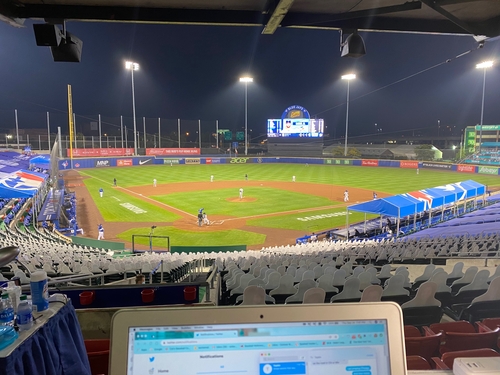 With the season well underway, the MLB was nowhere near being out of the woods. With teams like the Miami Marlins, and the St Louis Cardinals experiencing COVID-19 outbreaks throughout the season, a lot was being of if the season would finish. On July 2, the American director of the National Institute of Allergy and Infectious Diseases, Dr Fauci, warns that outbreaks like the one happening to the Miami Marlins could put the season “in danger.” After the statement MLB commissioner, Rob Manfred stated that the MLB would move forward despite COVID-19 outbreaks. One of the most heavily criticized aspects of the MLB season was not using a player bubble for the regular season. After seeing leagues such as the NHL and the NBA successfully using the bubble to complete their season, the MLB used the bubble system for their playoffs. Expanding the playoffs to 16 teams, bubble sites included Arlington, Texas, Los Angeles, California, San Diego, and Houston, Texas, culminating at Globe Life Field in Arlington, Texas. The attached image is Globe Life Field updated, with World Series signs and video board graphics. This is to represent the shift of the MLB going from a non-bubbled league to a bubbled league. 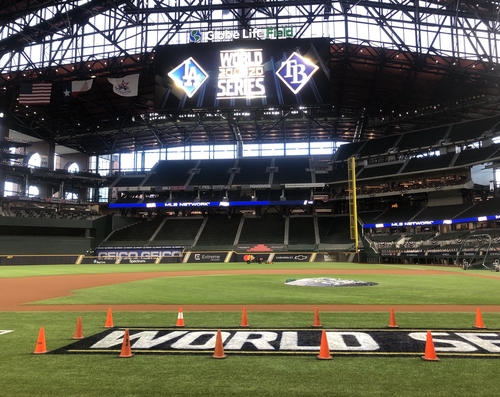 Globe Life Field in Arlington, Texas, prepared to host the

The MLB had done it. After experiencing suspension times, the lockdown before the season, uncertain periods during the season, the MLB had completed the 2020 season. With so much going on around the league, the season was all but certain to start and finish. However, on October 27th, 2020, the league concluded in game six with the Los Angeles Dodgers beating the Tampa Bay Rays 3-1. However, the image chosen is meant to signify the challenges the league still faces today. During game six, Los Angeles third baseman Justin Turner tested positive for COVID-19. After being toldby security staff to leave the field immediately, Turner watched his team win the World Series, Justin Tuner decided to join his team back on the field to celebrate their victory. The MLB is now involved in an investigation in Turners actions. Like other leagues, the MLB now faces the rigors of preparation for the beginning of next season. With COVID-19 most likely still being a threat to the league in 2021, it will be interesting to examine how the league has learned from the 2020 season. 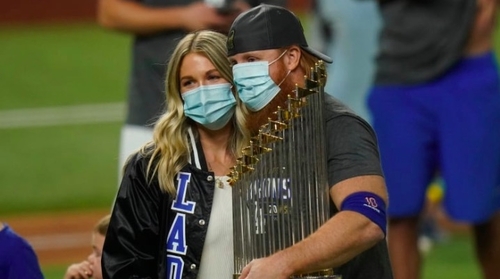 picture with the Commissioner's Trophy, and his wife after World Series

3)Perry, Dayn, and Katherine Acquavella . “Timeline of How the COVID-19 Pandemic Has Impacted the 2020 Major League Baseball Season,” n.d. https://www.cbssports.com/mlb/news/timeline-of-how-the-covid-19-pandemic....

Link to Next Page: https://cwrc.ca/cc19af-basketball